Nearly two years after cryptocurrency-mining malware displaced ransomware as the chief tool in online attackers' arsenal, ransomware has returned to being the No. 1 threat.

In a new report, Europol, the EU's law enforcement intelligence agency, says ransomware is the top online threat that it's tracking. And it expects crypto-locking malware to keep reigning supreme well into 2020 (see: How Cybercriminals Continue to Innovate).

For much of this year, the most prevalent types of ransomware seen in the wild have been STOP, variants of Dharma as well as the Dharma-like Phobos, says New Zealand-based anti-virus firm Emsisoft. That's based on 230,000 malware samples spotted by the firm's software from April 1 and Sept. 30, as well as samples sent to the free ID Ransomware service run by Michael Gillespie (@demonslay335), a security researcher at the firm. Uploading a ransom note or encrypted file to the service can help identify it, as well as provide potential decryption or mitigation options. 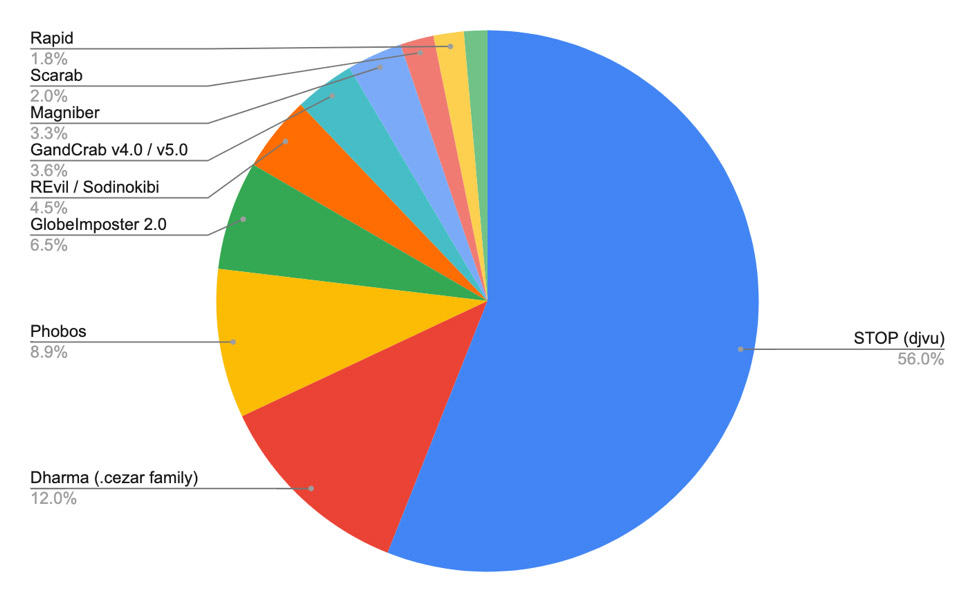 The 10 most seen ransomware strains in the wild by volume, as recorded by Emsisoft and ID Ransomware from April 1 to Sept. 30, 2019

Ransomware is a global phenomenon, with the Emsisoft researchers finding the greatest number of ransomware samples in Indonesia, India, the U.S., Brazil, South Korea and Egypt. 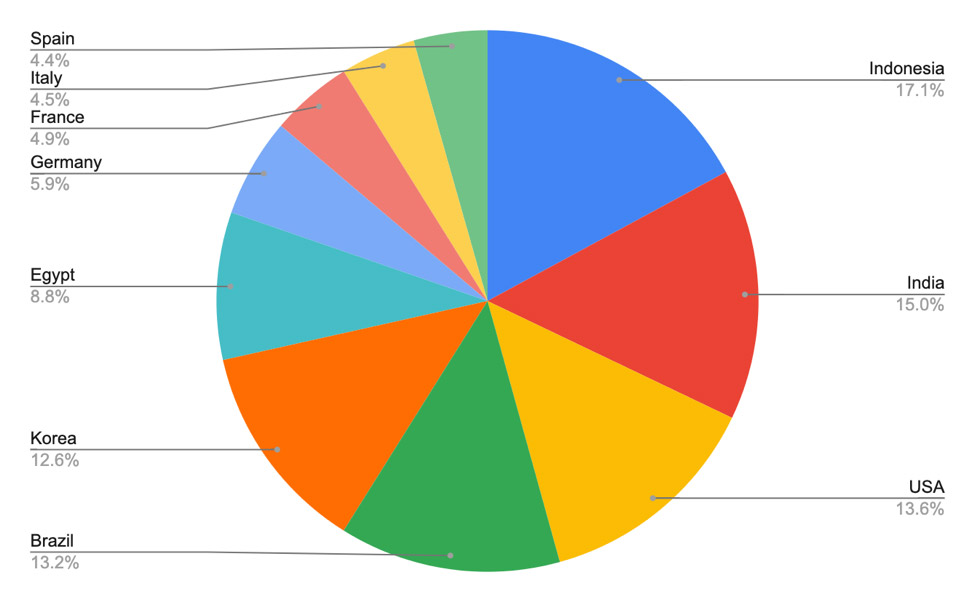 Top countries with endpoints encountering - or being crypto-locked by - strains of ransomware over the past six months (Source: Emsisoft)

Attackers' targeting tactics have also evolved in recent years. Dharma - of the .cezar family variety - as well as Phobos and Ryuk are among the dominant strains used primarily to extort not individuals but organizations over the past six months, researchers say. "In contrast to the spray-and-pray campaigns of the past, threat actors are increasingly targeting larger and more profitable targets, such as businesses, schools and government organizations," Emsisoft reports in a blog post.

While the strains in play might change, attackers' use of ransomware as a tool for making a profit continues.

Here's the well-worn MO: Attackers infect one or more systems with crypto-locking malware, then demand a ransom, typically payable in bitcoins, for the promise of a decryption tool. Law enforcement and security experts continue to recommend that organizations maintain offsite backups and fast-restore capabilities, so they never need to consider paying (see: Baltimore Ransomware Carnage Compounded by Local Storage).

If that fails, they may be able to avail themselves of free decryption tools (see: No More Ransom Thwarts $108 Million in Ill-Gotten Profits).

If victims do choose to pay, however, they may discover that even if they receive the promised decryption tool, not all files may be restorable.

Over the past six months, Emsisoft says, these have been the five most-seen types of ransomware in the wild.

While not on the list of the top 10 most-seen ransomware strains over the past six months, Ryuk continues to top earnings charts.

The ransomware has been tied to some pricey ransom payoffs over the last six months, including $600,000 paid by Riviera Beach, Florida, as well as $460,000 paid by Lake City, Florida, among many others (see: More US Cities Battered by Ransomware ).

"Decryption may be possible in a small number of cases," Emsisoft says, saying data recovery appears to work in 3 percent to 5 percent of all cases. "Organizations that have been affected by Ryuk can check if their case is decryptable by submitting a sample to Emsisoft or ID Ransomware," it says. 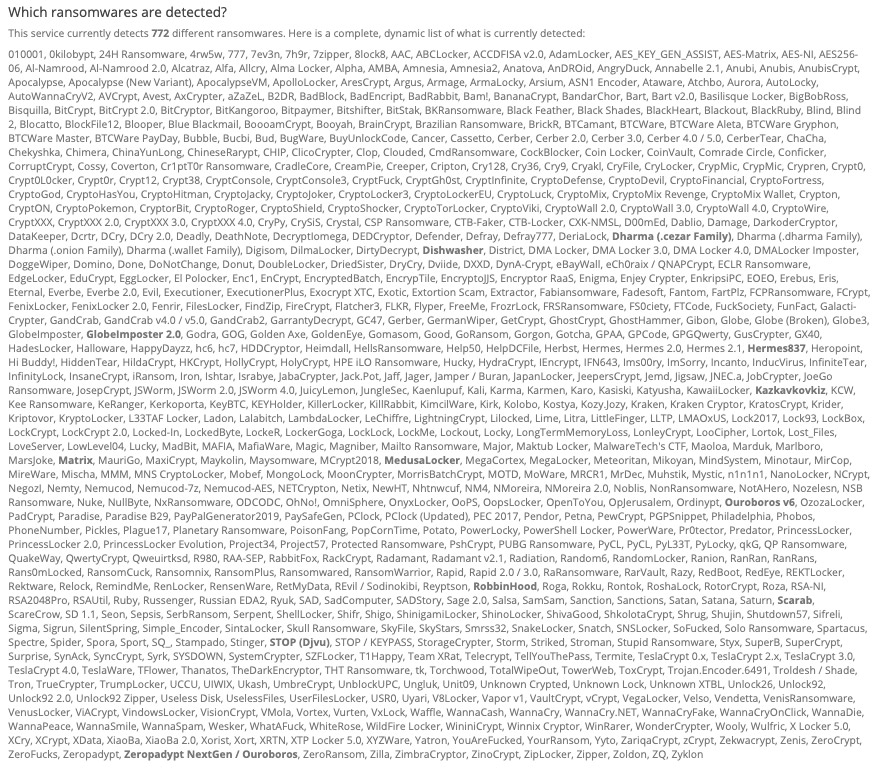 Security as a Catalyst for Digital Transformation