Fraudsters continue to get new tricks up their sleeves. Criminals are increasingly using Apple Pay, setting up mobile call centers to socially engineer victims as well as tricking consumers via look-alike but fake e-commerce sites that never fulfill orders, warns the European Association for Secure Transactions, based on reports from European countries as well as Ukraine and Russia.

On June 5, representatives from 16 countries in the Single Euro Payments Area, as well as four other countries, attended an EAST meeting held at Europol headquarters in the Hague, Netherlands. Here's a sample of the most recent fraud trends they're seeing:

Security experts say that over the past two years, ATM malware has evolved from being a tool largely only used by organized crime gangs, into a low-cost, commodity offering. That has greatly reduced the barriers to entry for any criminal that is willing to try to crack open an ATM enclosure and plug in a homemade black box.

"ATM malware has become a commodity, and any criminal with $1,000 to invest can start attacking ATMs in no time," according to a recent report issued by security researchers at Trend Micro. 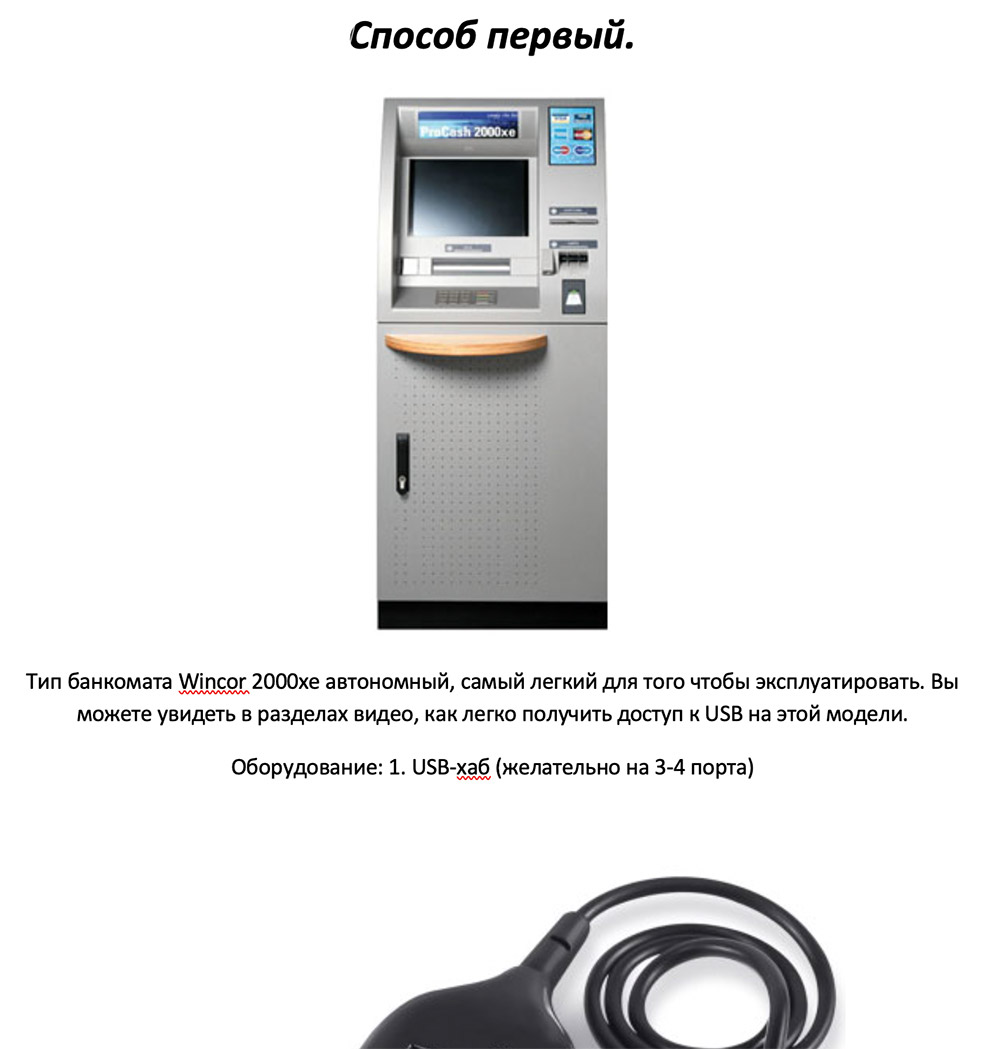 For sale: "Cutlet Maker" malware and instructions. Trend Micro says the package includes "a description of the ATM brand and model to target, as well as the equipment needed to attack it."

"Notably, these criminal offerings are coming from the Russian-speaking criminal underground," the Trend Micro researchers write. "This is not to say that South American gangs have stopped attacking ATMs in their region, but that the Russian criminal underground has a more dynamic, thriving marketplace, where all kinds of illicit transactions are more likely to happen."

One piece of ATM malware that is available via cybercrime markets, the researchers say, is the so-called "Cutlet Maker," which includes not just software but a guide to creating the hardware that is required as well (see: No Card Required: 'Black Box' ATM Attacks Move Into Europe). 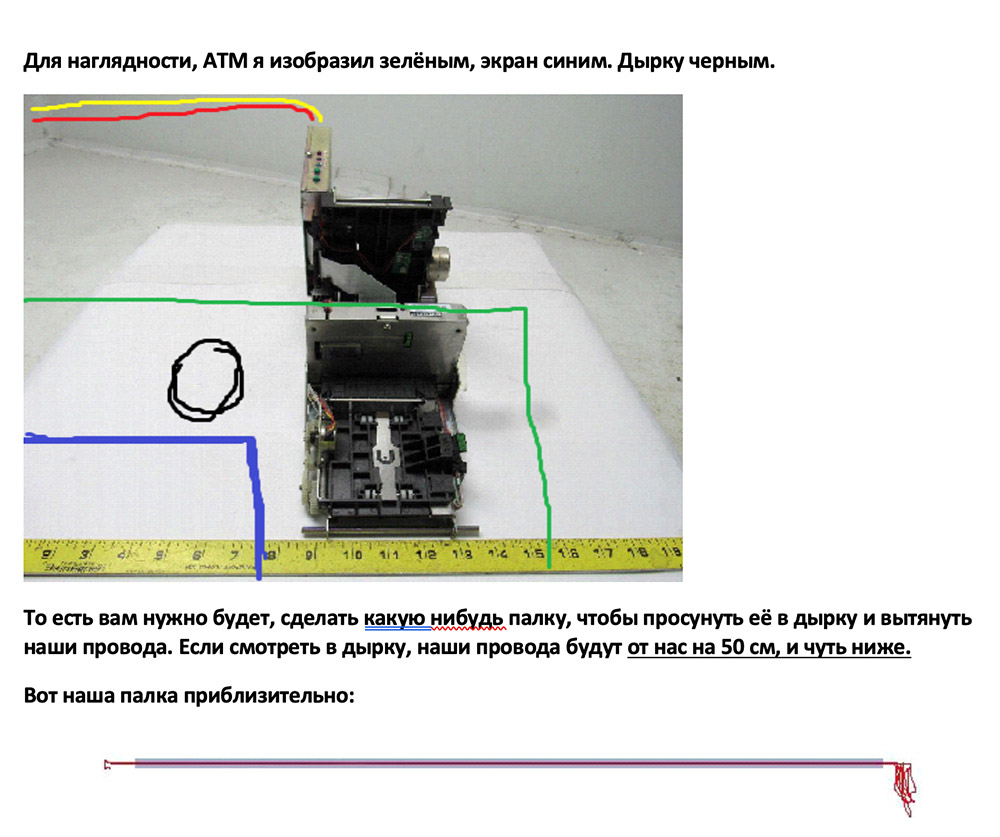 Screenshot of the troubleshooting guide for Cutlet Maker. "The author describes the ATM's USB port location, along with advice on how to devise a stick for attaching the USB cable and accessing the internal USB port," Trend Micro says.

Trend Micro said it spotted postings on three separate cybercrime forums by the same malware reseller, who's likely taking a cut from every sale before routing the rest back to the original developers. The reseller also posts videos to the DarkVideo streaming site to demonstrate how to use the malicious code.

Trend Micro says the reseller has advertised various types of ATM malware at the following prices:

Users of Cutlet Maker and other types of ATM malware typically rely on ATMs being left unprotected, and various countermeasures - including anti-virus being run on the system - either missing or easy to bypass. As the instruction manual for Cutlet Maker, shared by Trend Micro, states:

"The ports we need are located behind the plastic canopy, which is above the ATM screen, followed quite often by the bank's advertising paper. This cover keeps on three clips, they are located in the upper part of the plastic - on the left, in the middle, and on the right. Pry the knife gently so that this cover does not break, put it on top of the ATM so as to not interfere further."

Card Enrollment as a Service

"Card 'enrollment' is a type of carding operation in which cybercriminals register stolen cards - primary enroll - into online banking or reset access to online banking - re-rolling - using the real name and personal information of a cardholder," Advanced Intelligence says in a recent report.

Such services can make it easier for carders to steal funds from stolen cards, as well as to use stolen cards to maximize their ability to make fraudulent purchases, since the cards are tied to legitimate accounts, Advanced Intelligence says. It adds that by taking over accounts, criminals can also change billing and email addresses and phone numbers, so the legitimate account holders don't receive notifications. They can also reset security credentials to bypass mini-deposit verification and secure authentication protocols such as Verified by Visa and MasterCard Secure Code. 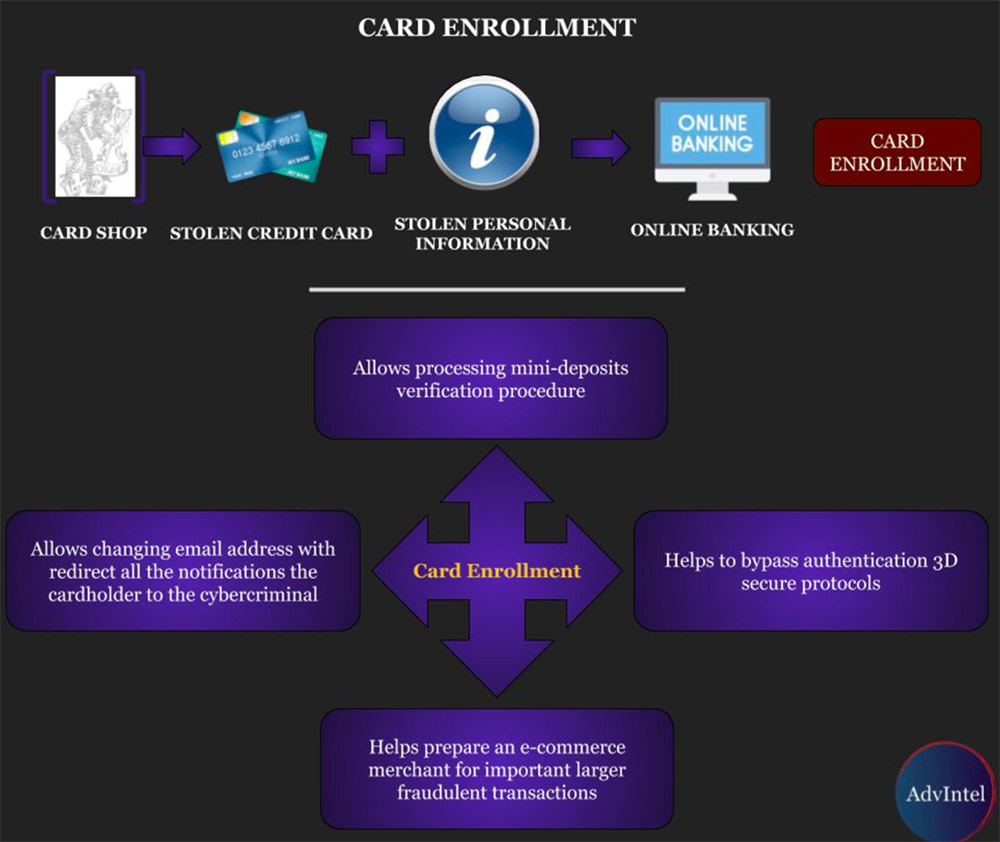 Advanced Intelligence reports that uptake of card-enrollment-as-a-service offerings grew in 2017 and 2018, which "can be explained by the intensified security measures applied by banks in recent years and the need to find novel ways to support successful purchases by criminals stealing cards."

Threat-Centric and Proactive Approach to Cybersecurity

How BAS Simulation Helps You to Operationalize MITRE ATT&CK

How FSI Can Maximize Security Investments with Security Control Validation