If you've got fresh ideas, an entrepreneurial spirit and experience in data security and privacy, the U.S. Department of Health and Human Services could be looking for you to help the agency tackle several innovation challenges. But act quickly, because the application deadline for the department's Innovation Fellows program is July 20.

Under the HHS Innovation Fellows program, the agency is looking to fill five to 10 one-year positions in four major project areas. Those include:

The individuals applying so far represent of broad mix of talent, including seasoned chief technology officers of large companies as well as young entrepreneurs who already have one or more tech-related start-ups under their belts, said Arnaub Chatterjee, special assistant to HHS CTO Bryan Sivak. Many of the applicants have experience ranging from systems development, integration and data security technology, Chatterjee says.

Of the four projects, the most security expertise is needed for the fellowships in designing an infrastructure for Medicaid and CHIP expansions and the electronic tracking of organs for transplant, Chatterjee says.

The infrastructure for Medicaid and CHIP expansion will involve the development of a secure, scalable application that states can use as they roll out their health insurance exchanges and expand Medicaid and CHIP under the new Modified Adjusted Gross Income method for determining eligibility, as called for under healthcare reform. For instance, under MAGI, Medicaid eligibility will be expanded in participating states to cover individuals 133 percent above the poverty level. However, gathering, exchanging and storing data that's involved with those determination processes "is rife with privacy and security issues," Chatterjee says.

HHS wants to develop "MAGI in a box," a scalable, secure application that can be shared with the states so that they don't miss their January 2014 deadlines for Medicaid expansion, Chatterjee says. The fellow chosen for this project will help HHS decide, for instance, whether the application uses open source tools for rapid development and utilizes a cloud computing model.

Meanwhile, the electronic tracking and transport system being developed for the nation's Organ Procurement and Transplantation Network will replace processes that are paper-based and manual. The network handles about 22,000 transplants from about 8,000 deceased donors annually.

HHS is looking to replace paper-based information used in transport and identification with barcodes or RFID and to tap the expertise of individuals who have experience in areas such as operations, logistics, supply chain and security.

All the one-year fellowships pay six-figure salaries, and HHS will consider individuals who may need to take sabbaticals from their private sector jobs to join the program, Chatterjee says. So far, the agency has received several dozen applications for the fellowships. "I'm expecting that we'll see hundreds by this Friday," he says. 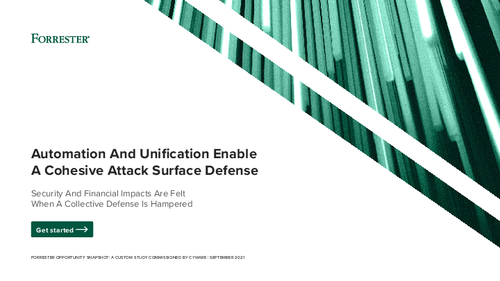 Live Webinar Tomorrow | How to Implement Behavioral Analytics in the Cloud

Going Inside the Mind of an Ethical Hacker