U.S. federal authorities are warning critical infrastructure sectors including healthcare to be on the lookout for indicators of Hive ransomware.

As of this month, Hive actors - who follow a Ransomware-as-a-Service model - have hit more than 1,300 companies worldwide, collecting about $100 million in ransom payments, says a Thursday joint alert from the Cybersecurity and Infrastructure Security Agency, the FBI and the Department of Health and Human Services.

The warning provides an updated list of Hive technical indicators of compromise and tactics, techniques and procedures identified through FBI investigations as recently as November 2022.

From June 2021 through this month, threat actors have used Hive ransomware to target a wide range of businesses and critical infrastructure sectors.

Healthcare is a particular favorite for Hive affiliates because hospitals and other medical providers often pay ransoms in hopes of avoiding long outages of critical IT systems for patient care, says Adam Meyers, senior vice president of intelligence at security firm CrowdStrike.

For organizations that have been able to restore their network without making a ransom payment, Hive actors have been known to reinfect these victims, either with Hive ransomware or a variant, the alert says.

In the healthcare sector, the group has been linked to attacks including a ransomware assault experienced by Partnership HealthPlan of California, a nonprofit managed care health plan.

But not just entities in the U.S. healthcare and public health sector have been targeted by Hive. In late May, Costa Rica's national public health services agency was hit by a cyberattack allegedly launched by the ransomware group (see: Costa Rican Health Agency Hit by Apparent Hive Attack).

Raj Samani, senior vice president and chief scientist at security firm Rapid7, tells ISMG that his firm's research shows that between April 2020 and February 2022 the healthcare sector and pharmaceuticals industry were the sectors that suffered the most ransomware incidents. He says 71% of data disclosures in the sector involved finance and accounting data and 58% affected patient data.

"This vulnerability enables a malicious cyber actor to log in without a prompt for the user's second authentication factor (FortiToken) when the actor changes the case of the username." 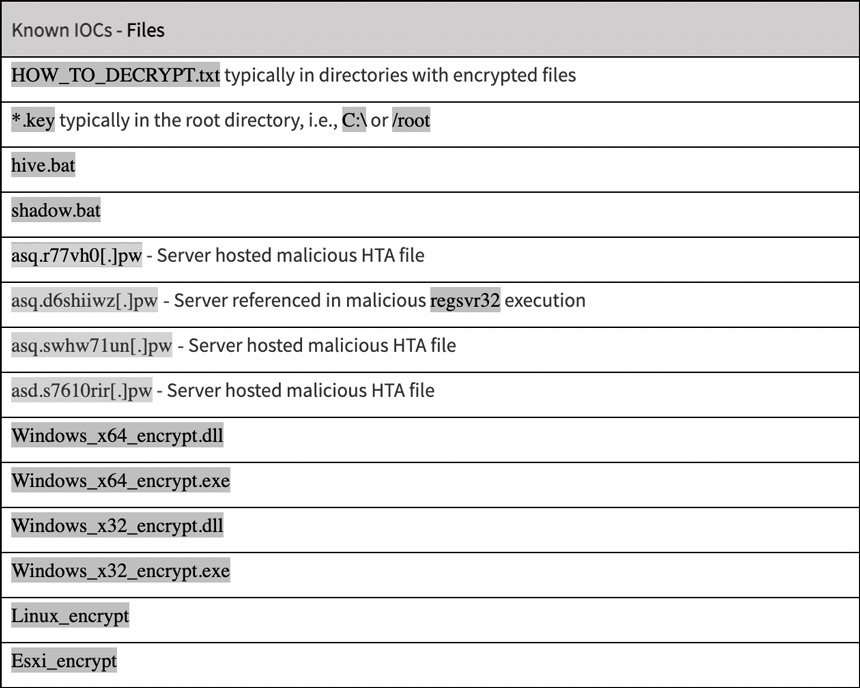 The joint alert lists the latest known and suspected Hive IoCs and TTPs, including this sample.

"Organizations need multiple layers of defense against ransomware attacks in order to protect themselves," Samani says. "This includes not just technologies to detect potential intrusion or lateral movement but also implementing security controls should the threat remain undetected, such as the use of file encryption."

The 2022 Aftermath of Ransomware on Healthcare